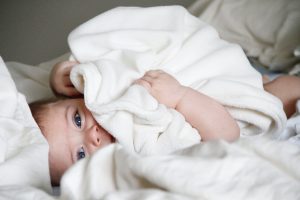 Freezing a specific type of white blood cell from an umbilical cord could hold the answer to preventing type 1 diabetes, researchers have said.

A team from the University of Florida Health wanted to explore the process of freezing the cord and how it could help find future treatments for type 1 diabetes.

This process is already used for parents to preserve cells which could potentially provide life-saving cells for their child in the future.

In the study, the researchers noted significant findings related to regulatory T cells, also known as Treg cells, which control the immune system and prevent autoimmune diseases such as type 1 diabetes from developing.

The study team initially took 500,000 Tregs from umbilical cord blood and successfully managed to yield 1.26 billion cells, although they are yet to find out how many would be needed to help humans.

When they used Tregs specifically from the umbilical cord, it was shown to be more efficient and safer than using Tregs taken from blood already in the rest of the body. This is because the cells taken from the cord existed before type 1 diabetes developed.

They later found that freezing and multiplying Treg cells provided an important link to type 1 diabetes.

Dr Michael Haller, the co-author of the study and a professor and chief of pediatric endocrinology in the UF College of Medicine said: “People who develop type 1 diabetes may have an imbalance in the number or function of certain immune cells.

We now have the potential to repair that imbalance by replacing the defective cells. We can take the cells we want from the patient’s cord blood, make more of them in the lab and give them back to the patient with a single infusion.”

The findings follow the use of umbilical cord blood in a trial aiming to prevent type 1 diabetes developing in an Australian toddler at high risk of the condition.

The study was published online in the journal Molecular Therapy.