The simple answer is that there wasn’t one here. 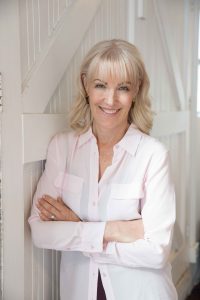 The slightly longer answer is that, after watching my father die a long slow death from Alzheimer’s disease, I wanted to find a way to save my future children from this awful degenerative disease.

So, a year later, while I was pregnant, I read about the regenerative power of cord blood stem cells in a US fitness magazine. It made perfect sense to me and there was no downside to saving her cord blood stem cells for her future. I signed up on line with the largest US based cord blood bank and a few days later the collection kit arrived.

Excitement turned to despair as I read the return courier instructions – which said the cord blood stem cells had to be back in the states within 32 hours for processing.

And that just wasn’t going to be possible.

If my baby was born at midnight (it turned out to be l am) and the flight to LAX left at 10 pm and took 12 hours to get there – we were already looking at 22 hours.

Add another 5 to get across the states to the cord blood processing lab, and it’s 27 hours.

Allow times for customs and delays and we were well outside the 32 hours.

So it was clear it wasn’t going to work for us.

To say I was disappointed was a major understatement.

I was totally devastated. For me, for my baby, and for all the families that would never get to do this because we lived too far away.

Over the next few days the frustration I felt turned into determination.

Ok – maybe we couldn’t save Valentina’s cord blood but it didn’t seem right that no one here was ever going to be able to do this.

The only acceptable answer was to start one here. So that all the families who saw, just like I did, that this was an irreplaceable lifelong gift they could actually do it for their babies.

Many months and mountains of paperwork later, we got approval from the Ministry of Health to collect, process and store cord blood and CordBank was officially “launched.”

Almost 19 years later, the team at CordBank has banked the cord blood of thousands of New Zealand families and we’ve been blessed to see the huge difference it has made to the children who have already used it – after cancer treatment, for brain injuries and in trials for diabetes and autism.

I know there are so many more life-changing and lifesaving experiences ahead for families who have their cord blood stored – now and for many years in the future.