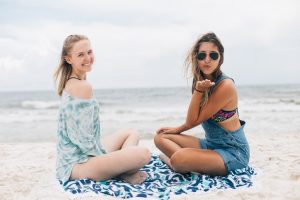 A new study in Royal Society Open Science found that moods spread across friend groups like a “social contagion.”

Researchers surveyed more than 2,000 middle and high school students in the USA over  a period of six months to a year.

As part of the check-ins, depression screenings were administered to identify any common thread among the moods, feelings, and levels of happiness in the friends.

The study found evidence that moods – happy or sad, spreading across friend groups like wild fire. (But though low moods were found to be socially catching, clinical depression was not).

So while misery may well love company –  being around an upbeat person will make your outlook sunnier.