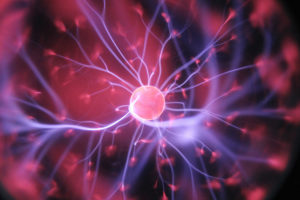 To investigate the clinical efficacy and safety of umbilical cord mesenchymal stem cell (UCMSC) transplantation for treating multiple sclerosis (MS), the patients with MS were recruited and treated with UCMSC. The procedure of preparing UCMSC was in accordance with the standards formulated by the International Society for Cell Biology. Cell surface markers, multiple differentiation potential and safety of UCMSC for transplantation were detected. The number of cells in each infusion was 1 to 2×106 cells/kg. Patients were recruited in accordance with the standards of the International Mesenchymal Stem Cells Transplantation Study Group. After treatment, the clinical therapeutic effects including symptoms, vital signs, clinical attacks, magnetic resonance imaging (MRI), neurological function scores and adverse reactions such as fever, dizziness, and vascular irritation were monitored and evaluated. In addition, the regulatory effects of UCMSC on immune system of patients were also assessed. The results showed that the patients’ symptoms were improved after UCMSC transplantation. No clinical attacks occurred during transplantation. MRI revealed a reduced number of foci and Expanded Disability Status Scale scores were decreased. Some of patients had adverse reactions after transplantation. These adverse effects were not serious and lasted short duration, thus no intervention was conducted and let it be eliminated by itself. The mRNA expression of CD86, IL-2, CTLA-4, and HLADRB1 in peripheral blood was significantly decreased after UCMSC transplantation (P < 0.05). Based on our present studies, UCMSCs would be considered as a safe and alternative option for treatment of MS.