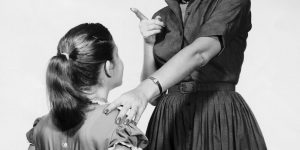 The answer is a resounding yes, according to a study from the University of Essex.

It showed that girls who have mothers who “nag” them were more likely to go to university, get better jobs and avoid teen pregnancy than those with mothers who were more relaxed.

The study, led by researcher Ericka Rascon-Ramirez, followed the lives of over 15,000 girls between the ages of 13 and 14 from 2004 to 2010. They found that high parental expectations played a role in some of the girls major life choices. It was the expectations of the “main parent” that were the most influential and since mothers were the usually the main parent – the influence was attributed to them).

And the study concludes that nagging has an effect even when it looks like the teen isn’t listening.

Posted in Family, Health and Wellness