An infusion of cells from a child’s own umbilical cord blood appears to improve brain connectivity and motor function in children with spastic cerebral palsy.

The results of the randomized clinical trial were recently published by Stem Cells Translational Medicine. 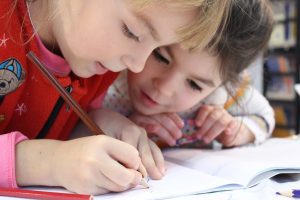 of spastic cerebral palsy, a condition usually caused by brain damage before or at birth.

Children who received one intravenous dose of at least 25 million stem cells per kilogram of their body weight saw improvements in motor function a year later.

The improvements were greater than those typically observed for children of similar age and condition, and exceeded the gains made by children who received a lower dose of cells or a placebo.

“We are encouraged by the results of this study, which shows that appropriately dosed infusions of cord blood cells can help lessen symptoms in children with cerebral palsy,” said senior author Joanne Kurtzberg, M.D., director of Duke’s Pediatric Blood and Marrow Transplant Program and the Robertson Clinical and Translational Therapy Program.

“We still have a lot to learn about this therapy so that it can be optimized and accessible to more children with cerebral palsy,” said Kurtzberg, who is also director of the Carolinas Cord Blood Bank at Duke.

“Previous research has indicated it’s safe for children with cerebral palsy to receive an infusion of their own cord blood,” Kurtzberg said. “Now that we have identified a dosing threshold, we are planning additional studies testing the benefits of multiple doses of cells, as well as the use of donor cells for patients whose own cord blood was not banked.”

Kurtzberg has been a pioneer in testing the therapeutic potential of umbilical cord blood, which has been found to be a rich source of blood stem cells to treat cancers, neurological disorders and genetic diseases. Cord blood also contains other therapeutic cells that researchers believe could influence the formation of new neural connections in children with cerebral palsy.

In the cerebral palsy trial, Kurtzberg and colleagues tested doses from 10 million cells per kilogram of body weight up to 50 million cells per kilogram, based on the amount and quality of the cord blood each child had in storage. Among the tools used to evaluate the children’s progress were MRI to measure brain connectivity and the Gross Motor Function Measure (GMFM-66), a standardized analysis of a child’s ability to crawl, roll, kneel, and complete other movements based on age and development.

Children who have cerebral palsy are expected to gain motor function as they grow and develop and receive traditional therapies, including occupational and physical therapy, said Jessica Sun, M.D., a pediatric hematologist-oncologist at Duke and lead author of the paper. The GMFM-66 attempts to account for this expected growth based on age and the severity of the cerebral palsy, she said, and most participants improved when retested on the GMFM-66 a year after receiving an infusion, even those who received a placebo.

However, the improvements for children who received doses of at least 25 million cells per kilogram of body weight progressed beyond their expected increases when they were tested a year after infusion.

“For each child, the improvements are different and could be subtle, but sometimes even a seemingly small difference is significant,” Sun said. “For example, a child’s ability to turn their hand from facing down to facing up can change their ability to hold or grasp something, which can make a big difference in their everyday life.”

The study had some limitations, including the requirement that participants have cord blood in storage and be able to travel to Duke, both of which required financial means, the authors said. Being from well-resourced families, most participants were also receiving frequent physical and occupational therapy, Sun said, and those advantages could have influenced the results.

“We are hopeful that cord blood and cell therapy may have a role in treating children with cerebral palsy and brain injury and are encouraged to continue this promising research,” Sun said.